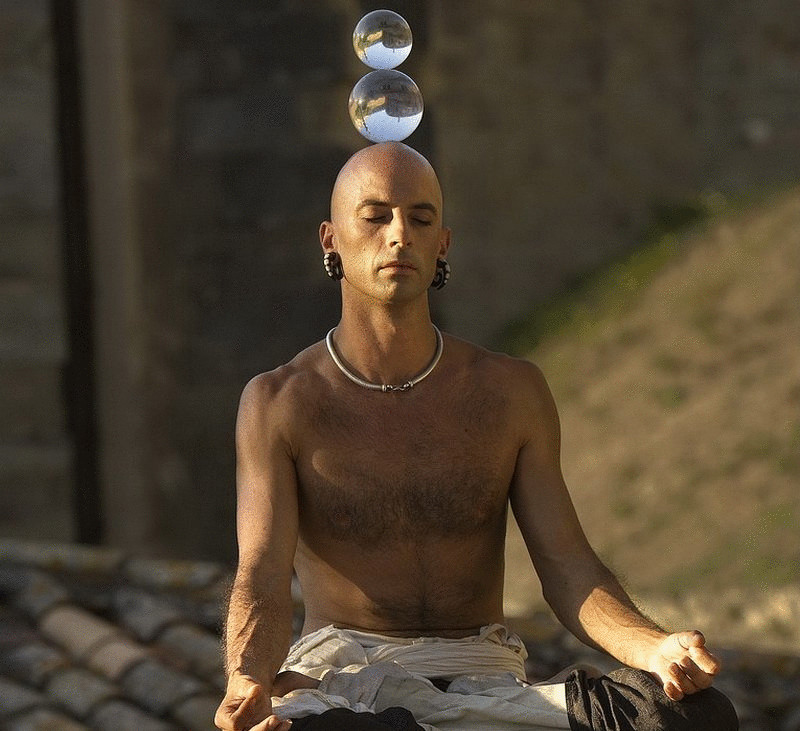 One cold rainy summer Jyoti Supernaturel brought sun and the miracle of balance to Artifex. “Miracle of Balance” is the name of his legendary magic show with crystal balls. This unique French multi-artist came to perform in Moscow and visited Artifex while he was in the city.

Backstory from the editor:

"I really want to describe the feelings I had after Jyoti’s first live concert that I was lucky to see. To tell you the truth, the experience is still fresh in my mind. In May 2015, Artifex was at the concert of Jyoti Supernaturel on the magical Ko Pha Ngan Island. Flutes, didgeridoo, African percussion, sitar, and many other ethnic instruments came to life and created the mesmerizing Divine melody. The audience felt like they were part of a miracle. The vibrations of life itself enthralled all the five senses…Music created an unbelievable atmosphere with the crystal balls dancing in the hands of a master, revealing the depths of the whole Universe… Juggling magical crystal spheres that caught light with each movement, Jyoti effortlessly performed various poses from yoga, kung-fu, and other arts. When the show came to its culmination and he started building up crystal balls on his head, one upon another, everyone held their breaths, afraid they’ll wake up from this enchanting dream. It was then that I remembered when I first saw one of Jyoti’s performances on the Internet and thought to myself: “It would be amazing to see this in real life.” Tears came to my eyes due to the overwhelming feelings I experienced at that moment. I am so glad that the Universe made our friendship possible! We met on Ko Pha Ngan more than once and last year Jyoti came to Moscow and was also happy we met. We got together in a usual yard in Moscow surrounded by high-rise buildings to arrange a visit to Artifex. Of course, the artist was busy with solo performances, duo concerts, and Moscow traffic as well".

26 years ago Jyoti Supernaturel, citizen of France, quit a successful virologist career and devoted all his talents to discovering the abilities of the human body and finding balance in both body and soul.

Jyoti is a unique musician, who combines the sounds of wind and string instruments from all over the planet. He composed music for various movies, including the cult film “Blueberry”. Music with crystal balls magic unite in hypnosis-concert. He’s also the creator of extraordinary cards and coins illusions and the only “Miracle of Balance” show in the world (A one-of-a-kind program acro-balancing-juggling featuring super-human interaction with crystal balls and wonders of balancing). He brought the art of crystal ball manipulation to Europe, while 30 years ago this practice was known only to South American shamans.

Today he performs all over the world, participates in a TV shows, thousands followers on the Internet, millions views of his videos.

Artifex: You mentioned that you were lucky to observe the people in Moscow. How did that happen?

Jyoti: The traffic was crazy and we were stuck in a car going from the airport for four hours! That’s why we went to the concerts by metro. People here don’t smile at everyone. At first it may seem that they don’t smile at all. But once you start talking to them, a broad smile appears on their faces. On one hand, it’s a bit weird for me. One the other hand, there’s something very genuine about it…

Artifex: Many years ago (if we count in iPhones, it’s the year of the third model), you have already visited Russia. Do you like it here?

Jyoti: …it was even earlier than that, no one had an iPhone back then)) First time I came to Russia was 10 years ago. I came to Moscow straight from India, but it was quite a warm summer that time. Then I’ve had a few short visits to Moscow and St. Petersburg as well. I quickly get tired in big cities, but this time we travelled a bit. We went to Ryazan and had a concert at the aerodrome – almost like Glenn Miller!

Artifex: Tell us, are you inspired by Russian audience?

Jyoti: Russian audience is very natural and kind. Many people don’t understand my English, but they enjoy my music. I love both Asian and Russian audiences. They are excited to see what I will do next. This inspires me to go on and amaze them even more.

Artifex: Everyone who has seen your show is interested in only one thing: “how?!” But let’s start with another question – where does your desire to amaze people come from?

Jyoti: My friend, magicians don’t reveal their secrets (laughs) and yogis, too…I’ll try to answer all questions at once, but you have to understand that I don’t have a habit of analysing my life. It seems like this is something you would do in the end. Then it makes sense to make conclusions, but my goal is to continue doing what I love, find new ways to do it, and evolve.

Artifex: But you do reveal some secrets, for example, to your students? Do you have any?

Jyoti: I am very curious myself and if I like something - it stays with me. A person can get anything he or she wants, all you have to do is observe attentively. One man asked me if I taught magic, and I said “no.” He replied: “But that’s exactly what you’re doing! You’re showcasing your art. People come to see you and your show, listen to your music. That’s how you teach them!”

That’s exactly what happened to me. Someone would show something and that’s how I get it. It’s the way we learn ourselves. Wherever we go, someone is teaching us, while learning something new himself. When I was just a little kid I watched “Star Wars”. After seeing Yoda, I tried getting into a lotus pose, and somehow managed to do it. I said to Mom: “Look, I am Yoda!”

That was my first teacher.

Artifex: Did parents support your passion for travelling?

Jyoti: They gave it to me! My mother is from Spain. When she was young she wasn’t afraid to leave the country that was under a dictatorship and went to Paris. My dad has been a truck driver for 15 years since I was born. When I was six, he started taking me with him. By the time I was 10 I had already travelled all around Europe. That’s how I got love for travel from my parents. They made me fearless to go to a new place that I know nothing about.

Artifex: What else did you do?

Jyoti: I looked around attentively. After finishing the medical university I embarked on my own journey. For example, there was a time when I made jewellery. All those materials and combinations…In a way, it was also an expression of my own thoughts.

Artifex: What about yoga and kung-fu? Your show has elements from so many arts!

Jyoti: Back in school a friend of mine told me about his yoga practice and I liked the idea, but wanted to find my own way. I never had a special training, just wanted to be free.

Artifex: What was your inspiration during those times? What made you move forward?

Jyoti: It was a sequence of discoveries! I was lucky to pay attention to what I liked. I guess that’s my biggest secret. When I saw a man with a crystal ball, I said I would definitely do it! That happened in South America. It was there that I got inspired by capoeira, which I’m still practicing now. Someone might say that I’m giving lessons in capoeira during my concerts, but I don’t think that’s true. I’m just telling stories through movement, the ones that were told to me by other people. The magic of crystal balls is also a story, a visual one.

Artifex: So you just liked this art of South American shamans, you paid attention, and…

Jyoti: And step by step a hypnotic concert was born. Because I couldn’t envision this without music. For me music is the magic that sets me free. I continuously gathered musical instruments everywhere I went.

Artifex: So you are accompanying the South American crystal ball art with Indian and African instruments!

Jyoti: Yes, I use didgeridoo and shehnai. We made a guess – and I think it’s true – that 6,000 years ago Lord Shiva played jazz using shehnai. After all, ‘jazz’ is what they call any musical improvisation))

Artifex: So you’re performing for the most part of your life. This means rehearsals are taking the other part?))

Jyoti: Every concert that I have performed with someone was almost without rehearsals. We just do it straightforward, I don’t like it any other way. I have my own performance structure that helps improvisation. In India I perform a lot – apart from big concerts and festivals my friends and I organize small gigs. Maybe you can call them rehearsals. Every day we play before an audience. That’s our live rehearsals. That way we evolve very fast.

Artifex: The first concert we saw live was with Yonathan Ohana. Whom else do you play with?

Jyoti: I play with people that make me feel comfortable. There’s an unexplainable but palpable connection between us on stage. I like it when during the concert musicians move in the same direction without previous discussions. We also learn from each other all the time. Yonathan, Avi Adir, David Swarup, Tetouze, Andrey Tanzu – we are not professional musicians in the sense that we don’t have musical education. But we are united by the feeling of the free energy flow. For example, I made friends with Yonathan in Goa. Before that he has been travelling all over Africa since he was 16, just learning music. He’s making instruments that he plays himself, growing all those pumpkins right from the seeds, preparing the material according to ancient technologies…the full process takes 2 years!
I’m very grateful for all my friends. 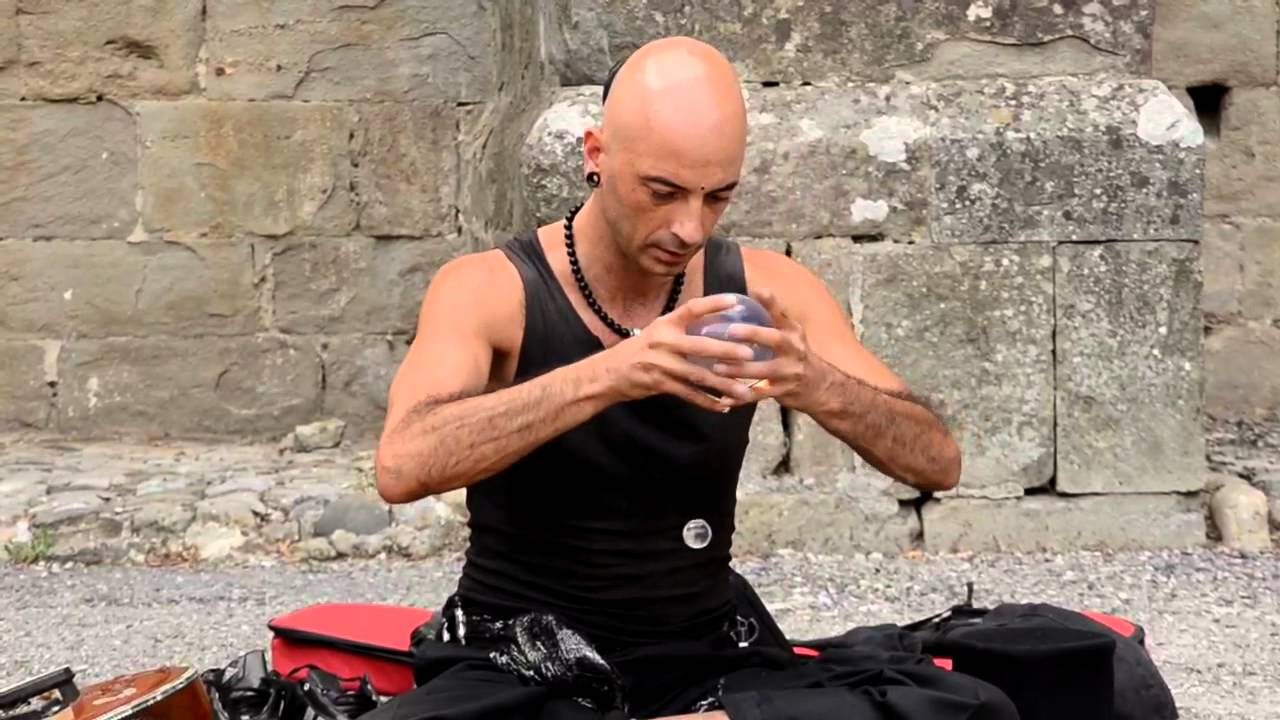 Artifex: What are your plans for the nearest future?

Jyoti: They are huge! There are many tasks (and dreams) as well! Today I thought that maybe one day I’ll make a comic number with our friend Mister Banana.
By the way I often visit my Facebook page - So keep in touch!

Artifex: What does success in life mean to you?

Jyoti: People say you need to do this and that, regularly and full-time. The way I see it, doing what you love – this is real success. For me success is when many people come to my shows – whether it’s a concert or a street performance – they just stop for the show and start smiling. There were times when so many people gathered for the street performance, that they caused traffic jams and police had to interfere. I was even taken to the police department in the north of Thailand, but wasn’t arrested. They just wanted a small show for themselves! For more than two years now the main audience for me has been my son, Mohan. I try to be with him as much as possible. For me this is very important. 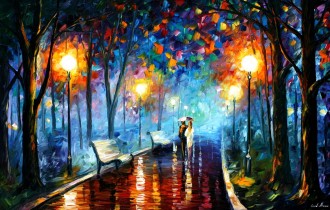